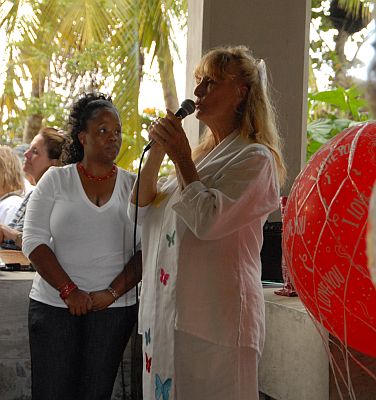 Bob Cheesing of Tropical Focus Photography is providing the photographs taken this special day at no cost so people can have their photos from the event.
You can download them by clicking on this link Tropicalfocus.com

Many thanks to all the folks who make this day happen. 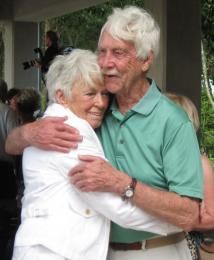 Porter added that the 72 couples have been married for over 2,000 years. While the ceremony is usually held on the beach, pounding waves eroded it to a point where only a sliver of sand remained. The location may have been a few yards further inland than usual, but it featured, as always, musical entertainment and nice words from Porter and her co-organizer, Cathy Dove.

“Marriage is work, but you all know that,” Dove said as many of the couples laughed knowingly at her remarks.

When asked what kept them together so long. Bill Kikendall had a quick response.

“She’s perfect to live with,” he said.

As for his wife, she said that working things out was the secret to a long marriage.

Their son and daughter-in-law also renewed their vows. Beth Kikendall organized the excursion across Pillsbury Sound to St. John. The younger Kikendalls have been married for 28 years.

Henry and Betty Costabel of Cornwall, N.Y., got second for marriage longevity: 57 years.

“You’ve got to know how to play cards,” Henry Costabel said, laughing as he revealed his secret for spending time with his wife.

Molly and Edward Chan came on vacation to St. John with three other couples. All were at the ceremony.

While many couples were in the Virgin Islands on vacation, or spend only winters in the territory, some are year-round residents who renew their wedding vows every Valentine’s Day.

St. John residents Terry and Jim Provost are repeat renewers, but Terri Provost said that while renewing her marriage vows is special, marriage to a special person like her husband is perfect.

“My marriage is perfect,” she said.

“It solidifies our love for each other through tough times,” Bigrigg said, adding that the ceremony reminds them of the commitment made when they got married.

Martha and Jerry Hills of St. John have been married for 21 years. This was their second time renewing their marriage vows.

“We’re going to go home and have wine together and have an evening for two,” Jerry Hills said. 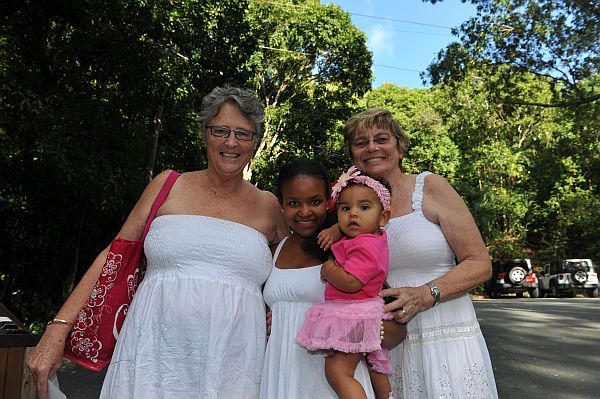 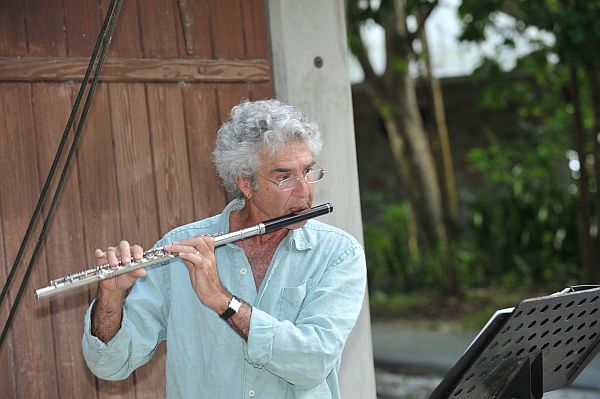 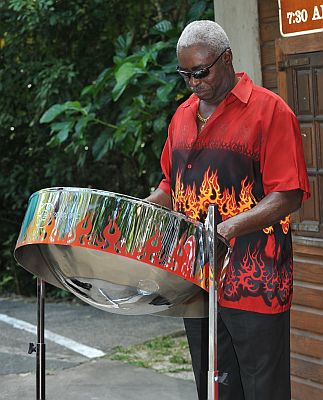 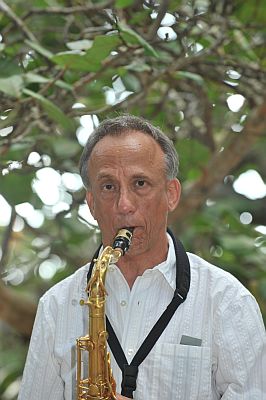 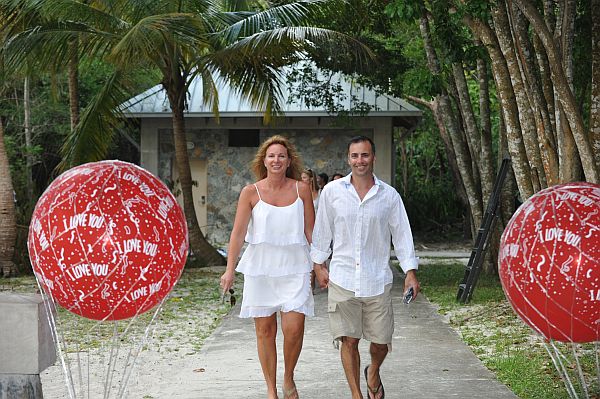 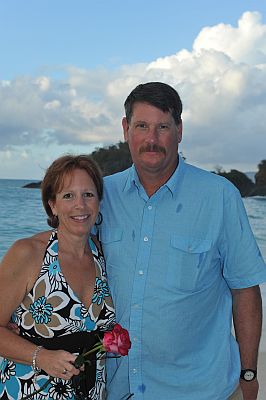 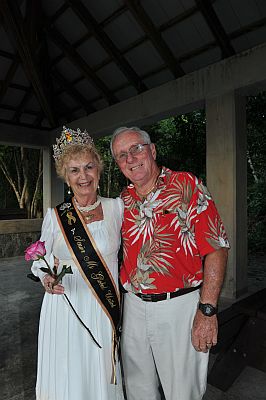 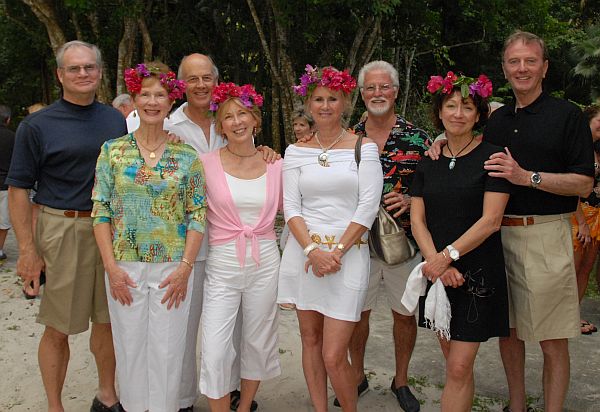 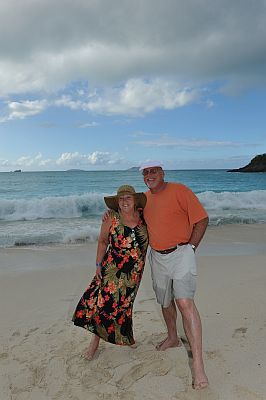 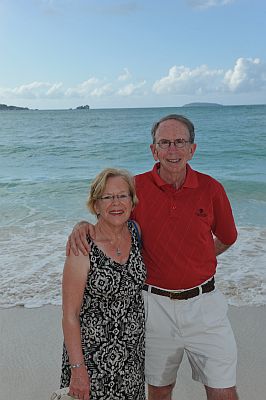 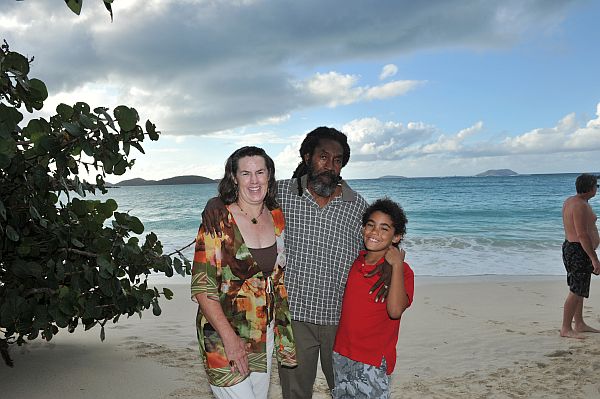 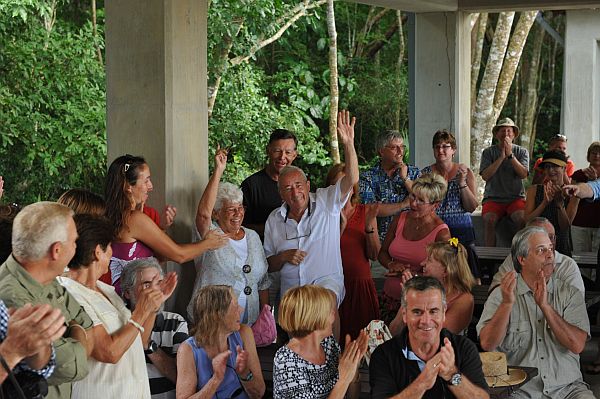 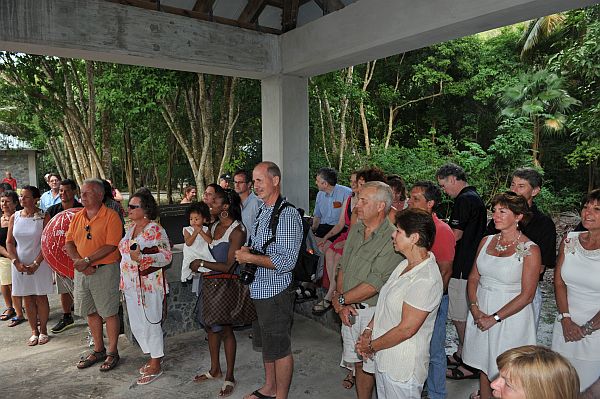 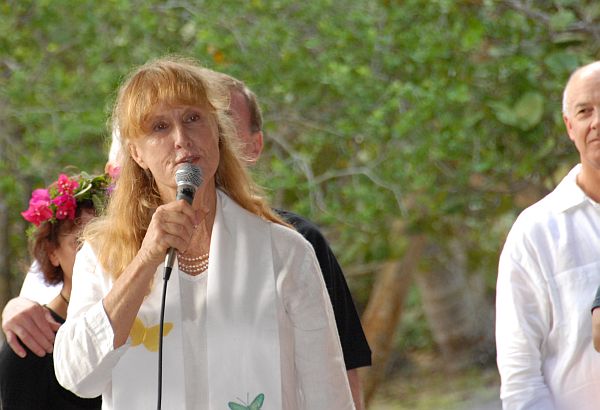 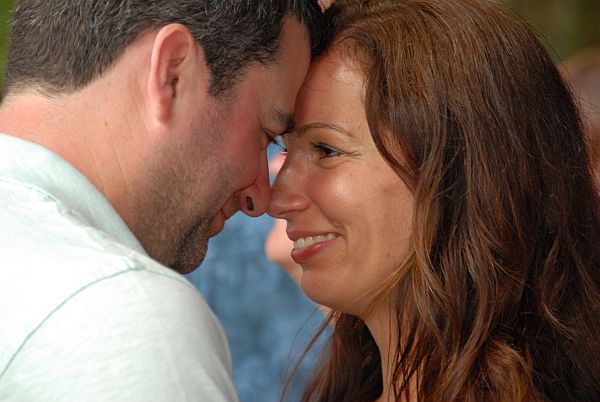 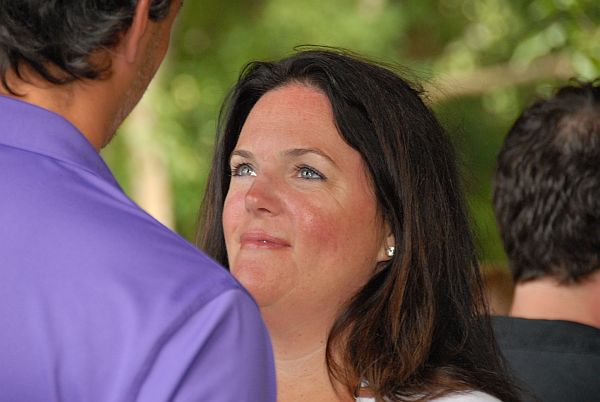 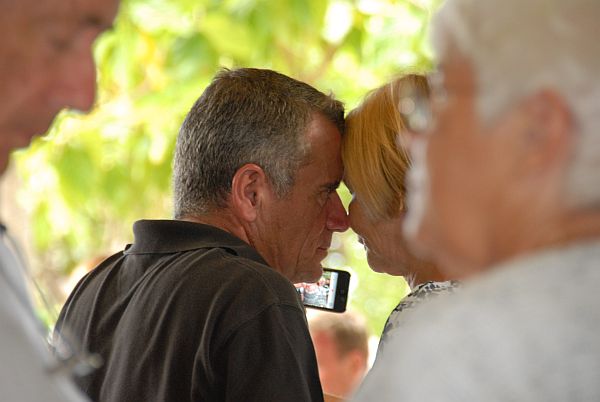 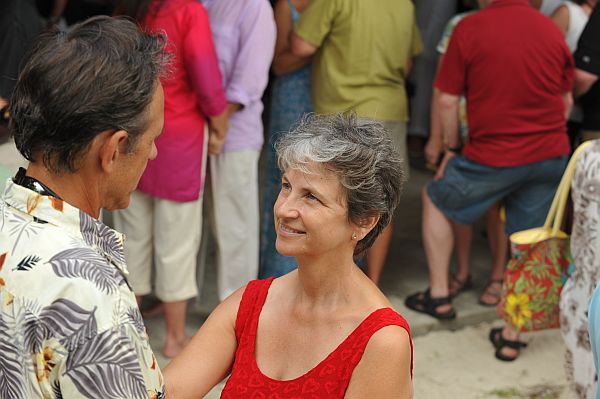 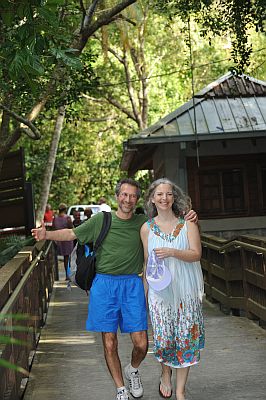 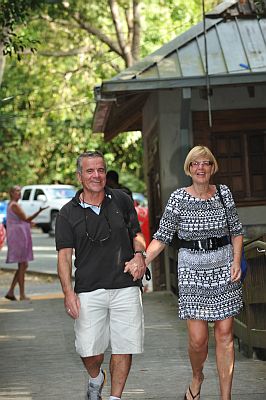